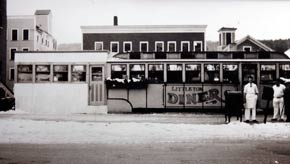 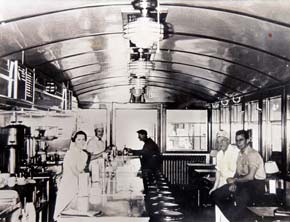 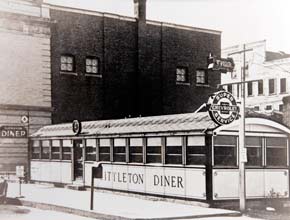 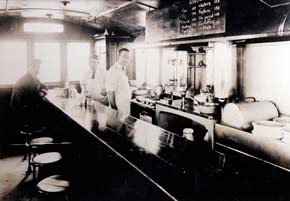 Did you ever have a time when only the best comfort food will make the world right? So it was returning to our home in Mud City (part of Morristown VT) from Loudon. I hoped the Littleton Diner would still be open and passed by open eateries as we zipped up I-93. And on Main Street the sign said "OPEN" at 7:55 PM. As the English say, "Spot on." Great wait staff and great to-the-point comfort food. Hats off to the cook(s). And thanks for staying open to 8:00 PM. on a Sunday. My wife and I travel to NH a couple of times a year and always enjoy visiting your restaurant. Your staff is friendly and polite, your restaurant is always clean and comfortable and your food is excellent.

Myself and my husband go to your dinner once a year. We stop there on our way home to Mass. from Vermont. We love your home made hash!! AMAZING! Just wanted to let you guys know that your restaurant is AWESOME!

My daughter, granddaughter and I are from Newport, VT on the Canadian border and any chance we get to Littleton for shopping we go for lunch also and we have never been anyplace but the Diner for the BEST food and the BEST prices, and, it's always a treat!!

On January 16, 1930 the Littleton Courier newspaper reported that workmen for the Stone Brothers of Bethlehem Junction had begun to put in the foundation for a modern parlor car diner in Littleton next to the Masonic Temple. Today, many can still remember the excitement as the diner arrived by rail and was transported to the site. Eugene Stone and his wife Stella opened the Diner in mid-1930. The history of the Littleton Diner had begun. The new restaurant had a seating capacity of 25 and an open kitchen in the dining room just behind the counter. It was an instant success.

In 1940, the Stones purchased a new Sterling Diner and erected it on the original location after selling their first "parlor car". The new Sterling could handle 30 customers initially: just prior to World War II, the kitchen was to operate the Diner as one of their several local business ventures from that time until 1960 when they sold it to their daughter Eileen and her husband, Louis Burpee.

The Burpees were hands-on owners until leaving the restaurant business in 1975. Since then, the Diner has changed hands several times. The owners from March 1992 until June of 2003 were Bobbie and Everett Chambers. Under this ownership, Chris Williford was the manager of the Diner from 1997 to 2003. In June 2003, Chris and his wife, Patti Williford purchased the Diner. The Willifords are hands-on owners.

The Diner has benefitted from much care and affection over the years. In 1996, the kitchen had a facelift and the additional dining area was re-opened after having been closed for an extended period. The upgraded dining room now features the "North Country Main Street" mural which depicts the magic of northern New England's four seasons as well as the wonderful panorama of Littleton's Main Street. The mural was designed and created by very talented young people from Littleton High School's Art Department.

During the past 50 years, the traditions of the American Diner have been challenged by the fast-food chains that have become commonplace on the American scene. The Littleton Diner has withstood that challenge and continues to serve tradition, the portions are very generous and the prices are more than reasonable.

The Diner was featured in the September '91 issue of Yankee Magazine, a national publication that focuses on life in New England. Subsequently, we have been a subject of PBS's New Hampshire Crossroads program on NH Channel 9 and Boston's ABC affiliate, Channel 5, on their Chronicles production. Given the focus on New Hampshire with the first presidential primary, the Diner has become a very popular locale for visiting politicians from across the country! We have been the subject of numerous newspaper articles ranging from the quality of our service and our food to the relaxed way of life that is northern New Hampshire. In any case, the Diner is an integral part of the North Country community and is dedicated to top quality in hospitality as well as food and service. So please relax with us and enjoy a bit of real old fashioned New England dining with a touch of nostalgia.

We are very glad that you came to see us and hope that you will return often! We appreciate your business.